From AAPG Wiki
Jump to navigation Jump to search 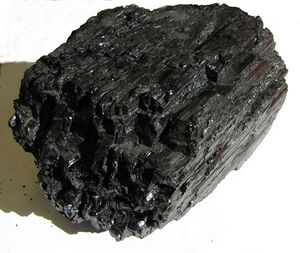 Although oil is, at present, the principal source of energy in the world (easier to produce, transport, store, and use) and gas is acclaimed as the fuel of the future because it is the cleanest burning of the main sources of energy, coal is, by far, the most abundant and lowest cost fossil fuel source of energy; coal reserves are 5 times as large as either oil or gas reserves, and coal resources are estimated to be about 17 times the oil resources and 20 times the gas resources. 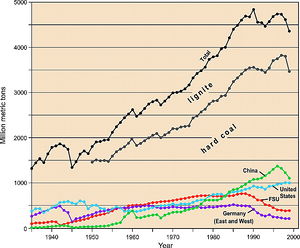 Coal is also a versatile source of energy. It can be used for the generation of electricity and as a source of heat; it can be converted to liquid and gaseous fuels; and it is a source of chemical feedstock and metallurgical coke.

These advantages, however, are countered at present by major drawbacks, the most important of which is the serious environmental pollution resulting from the mining, transportation, and burning of coal.

Coal is a readily combustible rock containing more than 50% by weight and more than 70% by volume of carbonaceous material, including inherent moisture. Coal is formed by the alteration, compaction, and induration of variously altered plant remains accumulated in conditions similar to the conditions that favor the formation of modern-day peat deposits.

Coal is most commonly and usefully classified by rank, which essentially indicates the degree of coalification or stage of metamorphism that a coal reaches in its slow, progressive transformation from the oxygen-rich plant debris in peat deposits to lignite, subbituminous, and bituminous coals, and finally to the carbon-rich, oxygen-poor anthracite coals. As this transformation occurs, the moisture content and the volatile matter decrease, whereas the percentage of fixed carbon and the calorific value increase. The demarcation levels in this characterization of coal by rank, unfortunately, are not yet internationally uniform.

The use of coal has undergone profound changes in the last 70 or 80 years. In the early part of the 20th century, coal was used mainly as an industrial, transportation, and domestic fuel; the greater part (about 85%) of the coal mined today is used in the generation of electric power. As a percentage of the total commercial energy consumption, coal has declined from 90-95% at the beginning of the 20th century to about 25% in 2005.