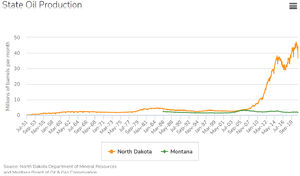 The Bakken Petroleum System of the Williston Basin (North Dakota and Montana) includes the Bakken Formation, the underlying Three Forks Formation, and the overlying Lodgepole Formation (lower part). The Bakken Formation comprises four distinct units: the Pronghorn Member (formerly defined as the “Sanish sand”) and three informal members: 1) lower shale member, 2) middle Bakken member, and 3) upper shale member. The source rocks of the system are the organic-rich upper and lower shales of the Bakken, which average approximately 11% total organic carbon and consist of type-II kerogen. The primary reservoir targets are low-porosity and low-permeability members of the middle Bakken and Three Forks (upper part), with continued exploration into the middle and lower intervals of the Three Forks and the intervening Pronghorn Member. Bakken oil is also found in limestones of the Lodgepole Formation ([1]; [2]). 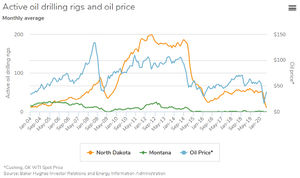 Production in the Bakken and Three Forks Formations began in the early 1950s at Antelope Field. Drilling later shifted to the Billings Nose area (North Dakota), where the upper Bakken shale member was exploited. The first horizontal Bakken well was drilled in this region in 1987. Major sweet spot discoveries include Elm Coulee Field in 2000 and Parshall Field in 2005–2006. Since that time, exploration and production has expanded across the basin, resulting in more than 11,000 productive wells in the Bakken to date. Successful horizontal tests of the underlying Three Forks Formation were completed in Divide County (North Dakota) in 2005–2006. Drilling into the Three Forks Formation has expanded north and south along the main structure of the Nesson anticline, along with expansion into the central Williston Basin (North Dakota) and eastward into the region of Parshall Field. More than 5000 Three Forks wells were in existence by mid-2020. Although the upper Three Forks interval is the primary target due to proximity to the organic-rich lower Bakken shale member, drilling and exploration of the middle and lower Three Forks continues across the basin ([3]; [1]; [4]; [5]). 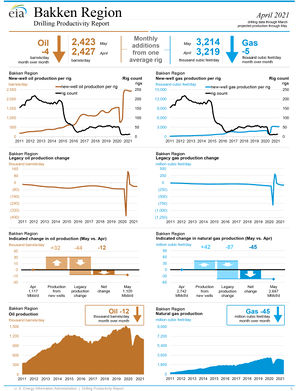 Additional recent assessments of the Bakken and Three Forks Formations include:

Since 2010, production in the Bakken has generally increased Figure 1, with notable declines beginning in 2014 (Figure 2) due to a drop in oil prices and in mid-2020 due to the decrease in demand during in the ongoing COVID-19 pandemic. Overall, oil production has remained high, and North Dakota continues to be the second largest oil producing state in the country (https://www.minneapolisfed.org/region-and-community/bakken). 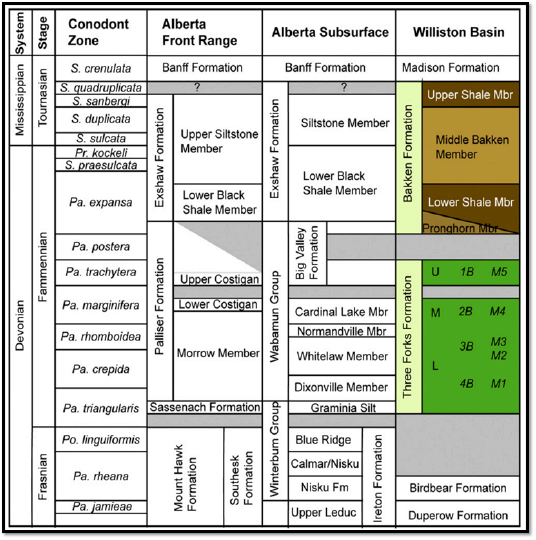 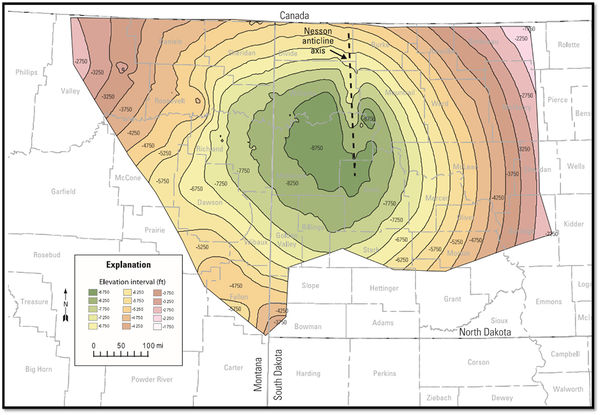 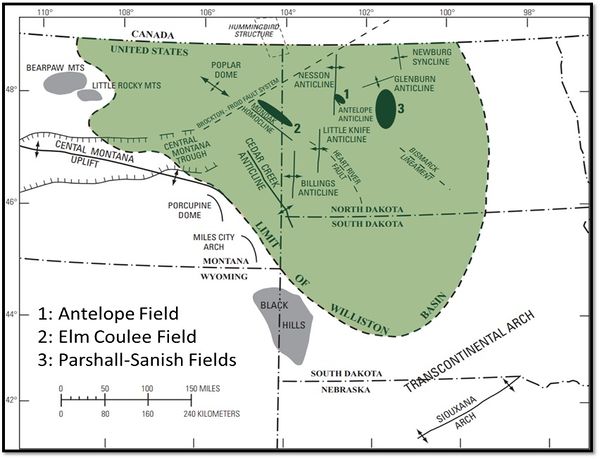 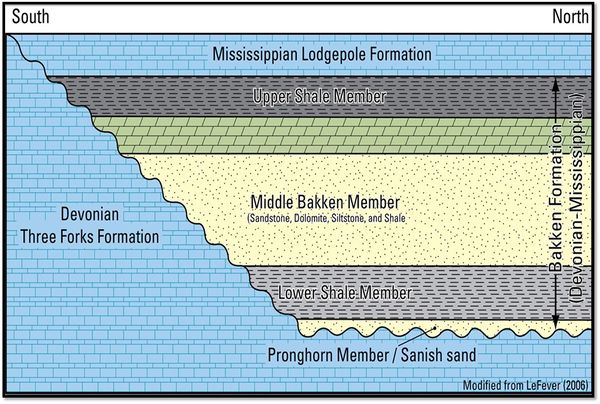 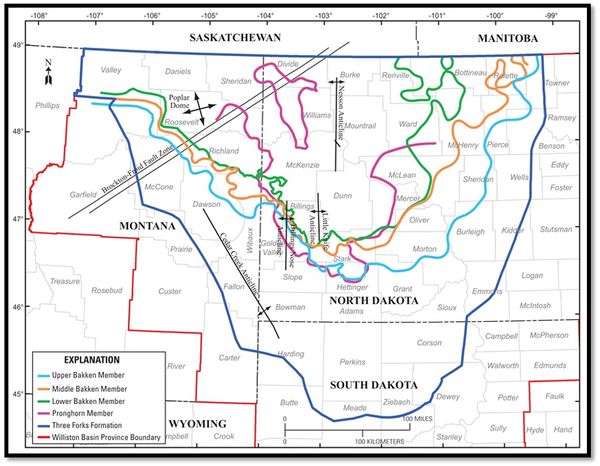 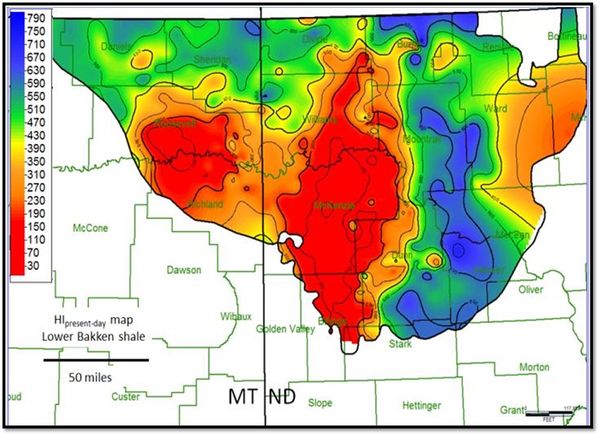 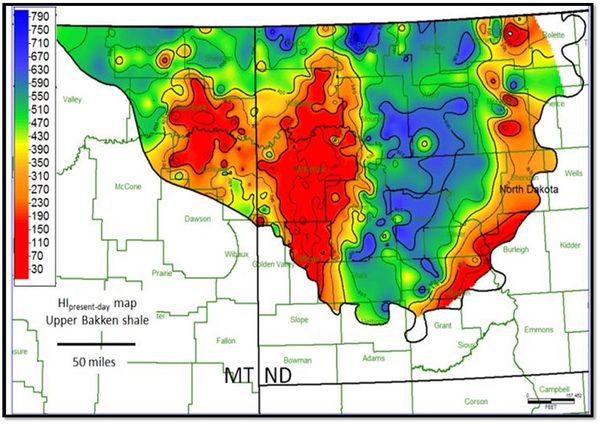 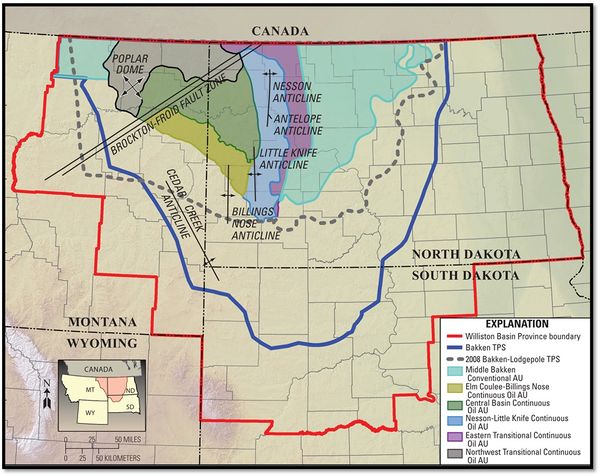 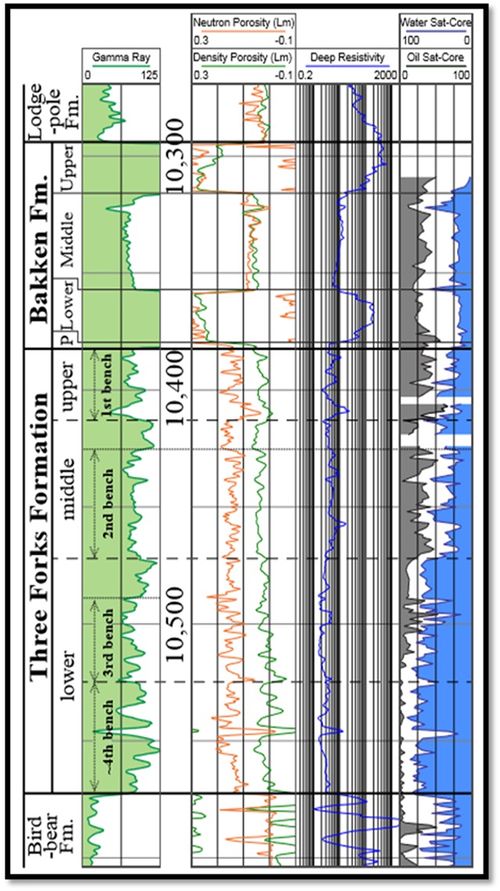