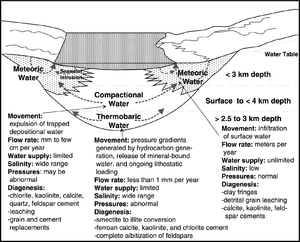 Much diagenesis occurs in open chemical systems whose initial chemistry is set at deposition. After that, the chemistry of the system changes as flowing water moves chemical components through pores and causes either leaching or cementation of grains. Diffusion also moves chemicals in and out of rocks, although at significantly lower rates. During deep burial, chemical systems close and diagenesis is primarily by pressure solution and quartz overgrowths.[3]

Galloway[1] lists three types of flow of water in a basin: 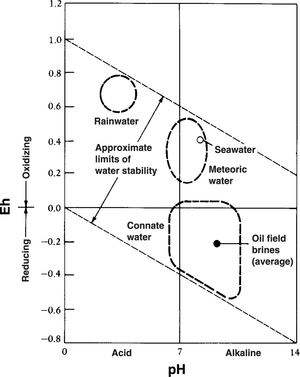 Figure 2 is an Eh–pH diagram, showing the approximate distribution of various types of subsurface fluids.

The table below lists common sandstone cements and the water chemistry associated with precipitation. 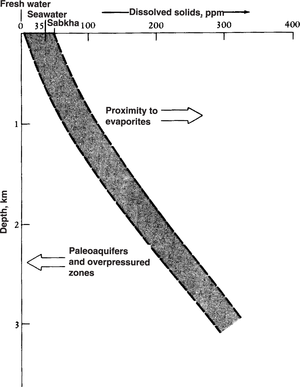