Reservoir rocks are rocks that have the ability to store fluids inside their pores, so that the fluids (water, oil, and gas) can be accumulated. In petroleum geology, reservoir is one of the elements of petroleum system that can accumulate hydrocarbons (oil or gas). Reservoir rock must have good porosity and permeability to accumulate and drain oil in economical quantities.

Porosity is the void space in a rock that can store the fluids. It is measured as either a volume percentage or a fraction (expressed as a decimal). In the subsurface this volume may be filled with petroleum (oil and gas), water, a range of non hydrocarbon gasses (CO2, H2S, N2), or some combination of these.[1]

Porosity is symbolized in phi (ϕ) and its value is expressed in percentage. Porosity value calculation:

Porosity divided into two types, absolute porosity and effective porosity. Absolute porosity is the ratio of the total pore volume in the rock to bulk volume, obtained by the calculation:

Effective porosity is the ratio of interconnected pore volume to bulk volume, obtained by calculation:

Based on the way of its formation, there are two types of porosity: 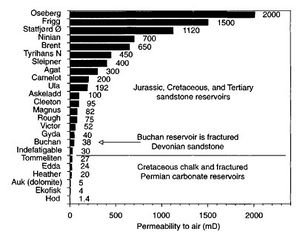 Permeability is an intrinsic property of a material that determines how easily a fluid can pass through it. In the petroleum industry, the Darcy (D) is the standard unit of permeability, but milidarcies (1 mD = 10-3 D) are more commonly used. A Darcy is defined as a flow rate of 10-2 ms-1 for a fluid of 1 cp (centipoise) under a pressure of 10-4atm m-2. Permeability in reservoir rocks may range from 0.1 mD to more than 10 D.[1] 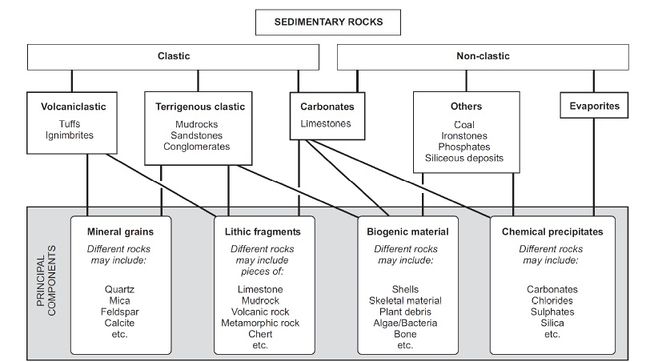 Figure 2 Scheme of classification of reservoir rocks. (Adapted from Nichols,[6] from lecture handout by Alamsyah[7] ) 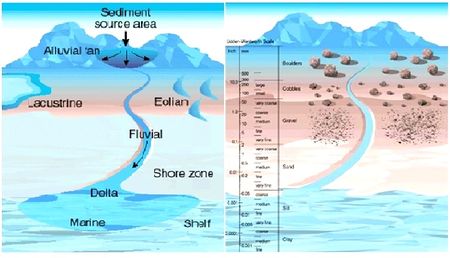 This type of reservoir formed in basin containing water surrounded by land and initially formed by tectonic processes, volcanic, rifting, soil movement, the erosion by the wind on the coast or in land. The texture of sedimentary rocks in the environments usually granules grained and the size between 2 mm–4 mm.

Formed in large areas with the accumulation of sand deposition. The sediment resulting from wind-blown sand. The clastic texture of the environment is granules (2–4 mm) and coarse (over 2 mm; Table 1). 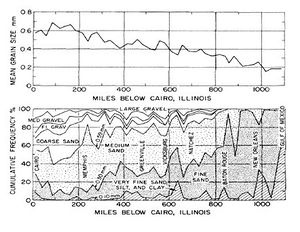 Figure 4 Change in grain size of bed load in Mississippi River from Cairo, Illinois, to the mouth. (Form U.S. Army Corps of Engineers 1935 in Berg 1985).

Type reservoir generated by the flow of the river where the process is formed by the erosion, transport and deposition of forming depositional formation.

On this type of reservoir, it was formed by the accumulation of lacustrine sediments. Very fine grain sediment rocks. 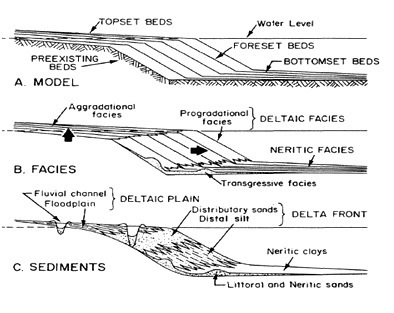 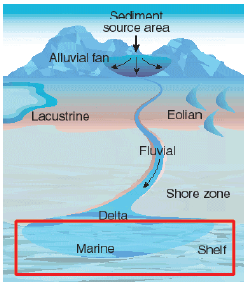 Reef is a framework made of sea organism containing skeletal, grow in a shallow clean water where sunlight can reach as a nutrition. Reef distribution is varies, some on the edge of the shelf and become a barrier, some scattered called patch reef. Patch reef can reach a few kilometer size while barrier can be elongated along the edge and limit the exposure with basin. Meanwhile the shape of a reef can be a pole(pinnacle) or lengthened (fringing). Both can become a good reservoir. Reef is a non-clastic carbonate rocks without transportation process on its formation. 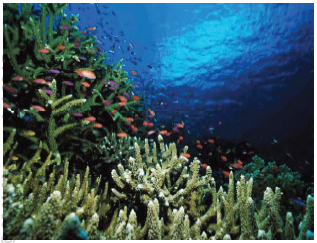 Figure 7 Reef habitat in the shallow sea. Adapted from Alamsyah [7]

Clastic limestone usually associated with oolit and become a pretty good reservoir. Limestone associated with oolite often referred to as calcarenite. The deposition is in shallow marine environments along the coast with high energy (strong wave currents). Porosity may be extremely high because of the dissolution, but permeability is not far from 5 mD. It is called clastic because oolite associated with limestone is present through the transport process before finally being deposited.

Dolomite formed by processes of calcite dolomitization from other carbonates (e.g. limestone). Dolomitization occurred not long after the process of sedimentation. Dolomitization process can be reviewed as the secretion of magnesium contained in sea water into the compounds associated with carbonate.Dolomite production begins from the Pre-Cambrium, continued from Paleozoic to Mesozoic, up to Tertiary time. Calcite will be replaced with the dolomite compound that has smaller volume, so that the space between the pores of the rock grew wide. This resulted in the cavities. Calcite that has not been dolomitized will dissolve quickly and arising secondary pores, sometimes with very large size. Dolomite has its price of porosity as high as limestone porosity, which is about 20-30%. However, permeability is very high, reaching up to 5 mill Darcy to 2 Darcy. Hence, dolomite carbonate reservoirs have higher production of hydrocarbon than limestone. According Zenger (1980) estimates that 80% of carbonate reservoirs in the USA contains dolomite, while the 20% rest of it contains limestone.

Afanitic limestone formed in shallow ocean areas with low levels of energy, such as for example in the lagoon. This limestone has a very fine grain size and tight. However, the porosity and permeability was appeared by the events of dissolution and cracking that causing this type of limestone have secondary porosity. Thus, it can be a reservoir of oil.

Another Type of Reservoir

Although the porosity and permeability are poor, shale, silt stone, limestone can even act as reservoir due to fractures in the rock body (secondary porosity – secondary permeability). For example, an oil field in Florence, Colorado which is having shale (Lower–Upper Cretaceous) as reservoir rock.

Then, it shows that for other than sedimentary rocks (igneous – metamorphic) could be reservoir rock if there are in fracturing state. For example, in Cuba, the oil is obtained from ultra-base igneous rock or volcanic rock that has fractured. There are eight oil fields in Cuba in 1964 that produce 710 barrels oil per day.[13] Reservoir from this type has a very small percentage compared to the reservoir from sedimentary rock (about 1% of the overall reservoir in the world). 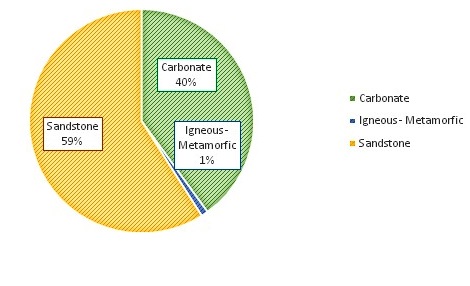