Parasequences are deposited during fourth- or fifth-order eustatic cycles. They are generally progradational and have a shoaling-upward association of facies.[1] In siliciclastic parasequences, grain size can either fine or coarsen upward, reflecting an upward decrease in water depth. Some workers[2] consider fourth-order sequences (deposited during cycles 100,000–200,000 years in duration) to be the building blocks of most reservoir or field studies. 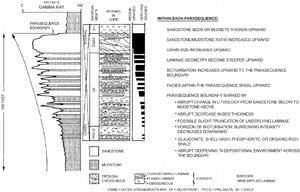 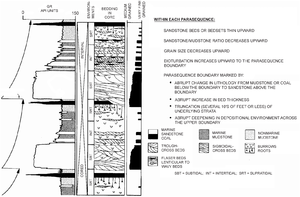 Figure 1 shows the characteristics of an upward-coarsening parasequence formed in a deltaic environment.

Figure 2 shows the characteristics of two upward-fining parasequences formed in a tidal flat to subtidal environment.