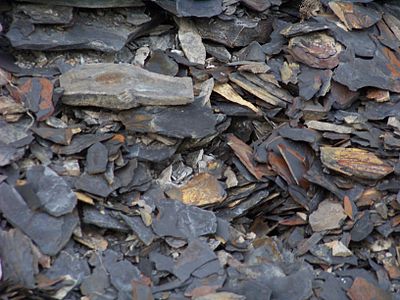 A source rock is a rock that is capable of generating or that has generated movable quantities of hydrocarbons.

The first factor to be assessed in an exploration play in an area yet to be drilled is whether a source rock is present. If so, then we ask, “How good is it? Will it generate oil or gas? Has it generated hydrocarbons already?” To answer these questions, we must know the basics of what constitutes a source rock, how to classify source rocks, and how to estimate potential. This article provides a background in these fundamentals.

Source rocks can be divided into at least four major categories:

These categories and their definitions are shown in the table below.

To be a source rock, a rock must have three features:

The first two components are products of the depositional setting. The third is a function of the structural and tectonic history of the province.

The quantity of organic matter is commonly assessed by a measure of the total organic carbon (TOC) contained in a rock. Quality is measured by determining the types of kerogen contained in the organic matter. Thermal maturity is most often estimated by using vitrinite reflectance measurements and data from pyrolysis analyses.

The table below shows the most common methods used to determine the potential of a source rock.